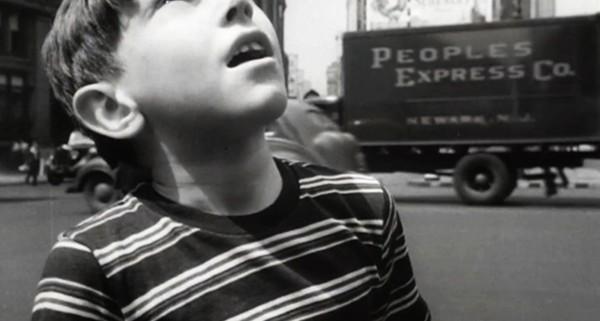 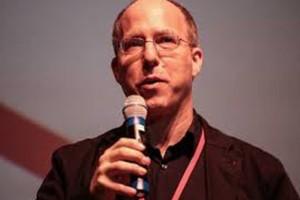 “It’s important to think about how the world perceives us.” For Lexington Massachusetts native Peter Miller, history is a mirror that tells us not only who we are, but how we came to be. In documentary films including “Sacco and Vanzetti,” “A Class Apart,” and “Jews and Baseball,” Miller illustrates how events and ideas intertwine to shape the world we inhabit. Miller’s latest film, “Projections of America,” examines a series of propaganda films produced by the U.S. Office of War Information towards the end of World War II. Miller’s documentary illustrates not only how America saw itself, but how it hoped to be seen by others as it prepared to lead the Western alliance. Miller recently spoke with BJFF board member Ken Shulman.

Ken Shulman: These Office of War Information films were of course distributed in Germany and Italy, our former enemies. But they were also distributed in France and Holland and Great Britain. Why did the U.S. need to send propaganda to its wartime allies?

Peter Miller: Until World War II the U.S. was not a major player on the world stage. A lot of people abroad knew nothing about America or Americans. Many who did know about them got their impressions from Nazi propaganda films, or from Hollywood movies about cowboys or gangsters. Now they see America entering the conflict in Europe and capturing territory. How do we communicate to the people there that we’re fighting to liberate them, that we’re not just another occupying army?

KS: Weren’t the audiences in Europe already skeptical? They’d been occupied by Nazi Germany, and seen their propaganda films?

PM: The type of propaganda put out by the OWI doesn’t look like any propaganda I’ve ever seen. It’s subtle and gentle. It draws a nuanced—if optimistic— picture of our country. It’s not meant to intimidate viewers. It’s meant to introduce ourselves to the local population who have no idea who we are.

KS: What values did these films attempt to project?

PM: Robert Riskin, who wrote the screenplays for some of Frank Capra’s most beloved films, was the head of the OWI’s overseas division. He assembled a team of filmmakers who shared his liberal, optimistic view of American democracy. Their films were a vision of what America could be, not necessarily what it was. They show scenes of racial harmony, even though the country was still brutally segregated. They extol the virtues of democracy and small town American life, at the same time the country was trying to win a terrible global war.

KS: Why was a fanciful film like “The Autobiography of a Jeep” so popular with Europeans?

PM: All of these films were made by top-notch professionals who knew how to tell a story. “Autobiography of a Jeep” is an adorable ugly duckling tale, the story of a humble military vehicle with self-esteem problems. It embodies America’s “can-do” attitude, and speaks in a uniquely American voice that is charming and funny and surprising. It got to the point that every time the film was screened in Normandy, France, the audience would erupt in cheers of “Vive la Jeep!”

KS: The OWI films don’t hide all of America’s warts.

PM: They can be subtly critical. Perhaps my favorite film in the bunch is “The Cummington Story.” It’s about a group of war refugees who show up in a small New England town. At first the townspeople reject the refugees. They look different. And they speak a foreign language. But over the film’s 20 minutes, the townspeople learn to embrace them. They do carpentry projects together. They play music. And when the refugees return to Europe at war’s end, the people of Cummington are sad. The film was made for foreign audiences. But it also had a message for Americans. To encourage them to open their hearts to people who are different. To be the society that we were meant to be.

KS: America is involved in at least two conflicts today. Would optimistic, idealized films about the country help improve our image abroad?

PM: One of the reasons I chose to make this film was to better understand how the world perceives America. Are we a belligerent military power, a place that turns its back on immigrants and refugees, or are we a place of inclusive democracy striving to achieve something special in the world? Looking at how these filmmakers sought to present America in the worst years of global war is very enlightening. It’s utterly amazing that in the midst of mass slaughter these people chose to step back to ask what our culture was and how it should be presented.

KS: The current explosion of technology would make it much harder for a single series of films to shape perception of anything.

PM: Without a doubt. During and after World War II, you had to go to a movie theater to see any kind of motion picture. Today we’re saturated with visual media, with screens and tablets and phones. That said, it’s very important that we as film and media makers think about how the world perceives us. Right now I’m afraid that’s often as a bully, and as a place of intolerance. It would be helpful if we could present ourselves in a more complex light, to show the world the many things we do so well here.

KS: What would your propaganda film for America look like?

PM: I’m a documentary filmmaker. Not a propagandist for the State Department. But the things I love about America are its incredible diversity, that we are a country of people from all over the earth who can coexist peacefully. And that out of this extraordinarily rich mix comes some of the greatest creative expressions the world has ever known: jazz; the blues; rock & roll; contemporary art; independent film. What America does well is a result of our diversity and creativity, not as a result of our weapons and power.