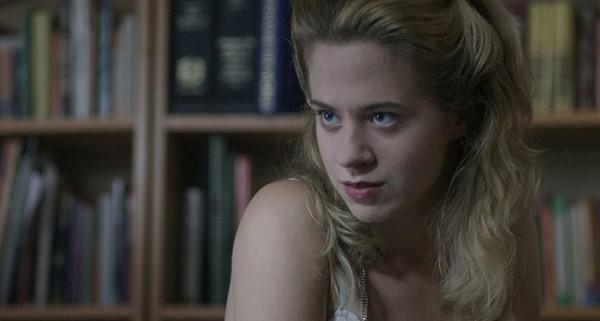 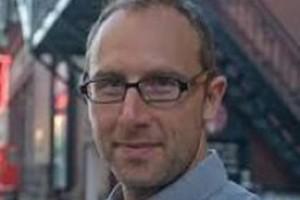 “It’s a matter of fact that large parts of a story or book have to be jettisoned when they’re transposed into film.”

David Bezmozgis plumbs the surreal dimensions of the post Soviet diaspora in short stories, novels, and film—from coming of age tales set in a Russian-Jewish enclave of Toronto to a fast-paced face-off between a former Soviet dissident and the KGB agent who betrayed him set in Crimea. Born in Riga, Latvia, Bezmozgis came to Canada with his family at the age of six in 1980. In 2004, he published his first book, “Natasha and Other Stories.” This year, Bezmozgis released his second feature film, “Natasha,” which he adapted from his own title story. He recently spoke with BJFF board member Ken Shulman.

Ken Shulman: There aren’t many writers who have transposed their fiction into screenplays, let alone directed the film version. Weren’t you a bit daunted doing that with “Natasha”?

David Bezmozgis: I’d been approached by several filmmakers who wanted to turn “Natasha” into a feature film. But none of the projects I saw quite captured the essence of the story. This is predominantly a Russian language movie. The title character is a young woman who comes to Toronto from Russia in the summer and consequently she can only speak Russian. I’m a writer, but I’m also a filmmaker. And in the end, I didn’t know anyone else who would be able to render the story the way I saw it.

KS: Fiction and film are both ways of telling a story. But they do it in different ways. How were you able to make that transition in your own work?

DB: In fiction, in writing, you can summarize—you can write “they continued to see each other for the next six months” without structuring a scene around it. You can use a character’s interior monologue to show how he or she feels. You can’t do any of that in film. In film a story moves forward from scene to scene. You have to dramatize the narrative, to show everything that happens. That’s the challenge and the opportunity in screenwriting.

KS: Were you concerned that you might be too close to the original—after all, you wrote it—to make the painful changes necessary to adapt it for the screen?

DB: I chose it for the film because it was a good story and I thought it could work well on screen. I was ready to let things go. It’s a matter of fact that large parts of a story or book have to be jettisoned when they’re transposed into film. I also came to the film with a much broader view than I’d had when I wrote the story. I was 10 years older. As a result, I think the film is richer; the characters live the scenes in the film much more fully than they do in the story.

KS: When we read a novel or short story, we often stage and cast it as a movie in our own minds. Did you have a particular cast or look in mind when you wrote the short story “Natasha?”

DB: Of course I visualized the characters when I wrote the story. But when casting the movie, we sought out the best actors for each of the roles. For some of the roles, the actors had to look more or less as they are described in the story. For Natasha, we needed a Russian speaking blond actress of adult age who looked quite young and didn’t look ethnically Jewish. That’s a key element in the story. And we found an actress who fit that bill. But for Zina, Natasha’s mother, we went in a different direction. In the story, Zina is described as being very thin. Aya Stolnits, who plays Zina in the film, has a very different appearance. But in her audition she just inhabited that character. Whatever preconceived notion I’d had about what Zina should look like didn’t matter anymore.

KS: You also changed the time period. The short story is set in the 1990s, before the advent of iPads, facebook, and the Internet.

DB: That was done primarily for practical reasons. My previous feature film was a period piece set in the 1980s. It’s a lot more complicated to make a period piece, even a moderate one, than to set it in the present. I believed this story could work set in the present. Moving it to the present also gave me possibilities I couldn’t explore had I kept it in the 1990s. A big part of who Natasha is comes from her past—her displacement, her getting involved in pornography in Russia. In the story, she says she can’t show us pictures of herself because she doesn’t have any. That’s plausible in the 1990s. Setting her story in 2015 allows me to create a scene where she can show us photos of herself on the Internet. That adds an element of seduction in the film that I couldn’t have included if I’d kept it in its original time setting.

KS: “Natasha” is also about Russia, and the lives Russian Jewish immigrants in their new homeland. Hasn’t that story changed as well in the past 20 years?

DB: That was the main question we had to ask ourselves. Could the same story work 20 years hence? I think we still have people coming to Canada and the United States from all over the world, including the former Soviet Union. And I think their struggles are pretty much the same. The character of Mark, the teenage boy living in the suburbs of Toronto who keeps secrets from his parents and tries to rebel, that character hasn’t changed. But is life in Russia the same for a girl like that? Does a girl like Natasha still exist in 2015? It’s true that the country is developing. But there are still large pockets where people struggle, where there is widespread corruption and very little opportunity. In these parts of Russia, I think Natasha still exists.