Boston Jewish Film is thrilled to honor these exemplary members of our community for their outstanding commitment to advancing Jewish storytelling through film, and their unmatched contributions to Jewish Arts and Culture. 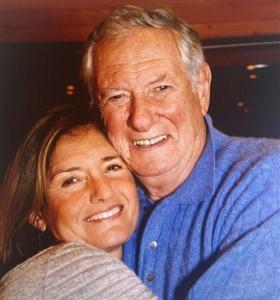 Doreen Beinart was born in South Africa and came to Boston for her graduate studies. In South Africa, she was managing editor of South African Outlook, an Anti-Apartheid magazine. In the US, she became managing editor of Space & Society, an architecture magazine published by MIT Press. She is the founder of the Human Rights Film Festival at the Carr Center, Harvard Kennedy School, and is a member of the selection committee for the Martha’s Vineyard Jewish Film Festival. She is also on the Board of the Martha’s Vineyard Summer Institute Speaker series.

Doreen has been a devoted audience member of Boston Jewish Film for two decades, and is honored to be the current BJF Board Vice President. She is passionate about Boston Jewish Film’s mission to bring the greater Boston community together by providing the most exciting, enlightening films about the Jewish experience.

Robert Brustein is a recipient of the National Medal of Arts, and a member of the Theater Hall of Fame. He is the Founder of the Yale Repertory Theater and the American Repertory Theater at Harvard University, as well as the Founder of the Institute for Advanced Theater Training at Harvard. He was Dean of the Yale School of Drama, Professor of Drama and English at Harvard, and theater critic for The New Republic for many decades. He is a theater director, producer, playwright, actor, critic, and educator, and is the author of numerous books on American Theater. He is the first person to twice win the George Jean Nathan Award for dramatic criticism. His legacy of brilliant and innovative repertory theater has greatly enriched Boston cultural life. Doreen and Bob have been happily married for twenty-five years.

The following people have made tributes in honor of Doreen Beinart and Robert Brustein.

Nancy Gossels is a current Boston Jewish Film Board Member, who has served and led the Festival Committee for over two decades. Nancy has always been drawn to the Arts having been a painter, sculptor, writer, and editor at different points in her life. Nancy’s distinctions in the Arts are numerous. Co-editing the first egalitarian siddur for Shabbat and Festivals, published in 1980, is among her crowning achievements. Nancy has been recognized by the Copley Society of Boston as a Copley Artist, and her liturgical poetry has frequently been reprinted. Her late, beloved husband, Peter, and his brother Werner, were child survivors of the Holocaust. They and their wives established funds to augment the offerings of Wayland schools and to provide programs that promote human dignity.

Nancy is passionate about Boston Jewish Film and its ability to “inform the mind and touch the soul.” She is particularly proud of BJF’s new School Initiative to Combat Antisemitism by bringing films to high schools. As Nancy has stated, “What better way to fight AntiSemitism than by reaching the hearts of young students through film.”

Please Consider a Tribute in Honor of Nancy Gossels

The following people have made tributes in honor of Nancy Gossels.