Join Boston Jewish Film throughout the year for film screenings, discussions, and events!

A 12-day festival each November showcasing the best contemporary films from around the world on Jewish themes, accompanied by visiting filmmakers, panel discussions, musical events, and more! 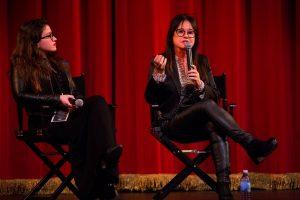 Join fellow young professionals for films, parties, and special events that celebrate new voices in Jewish film. Get involved in our Annual Short Film Competition – where you choose the winners! Watch incredible short films and then toast to the new wave of young filmmakers at the annual after-party. 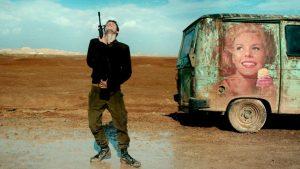 This program is home to our year-round film screenings including special sneak previews and curated series. Boston Jewish Film 360 extends the spirit of our November Festival through the entire year. If there’s a new Jewish-themed film opening in the Boston area, we want you to know about it! Often, we’ll present a special advance screening, sometimes with a visiting filmmaker or actor. Other times, we’re able to offer members free tickets to a word-of-mouth screening at a local theater. These screenings are your chance to see the film before anyone else does. Click here to see up-and-coming events.

At Boston Jewish Film, we believe that stories can change lives. With Boston Jewish FilmStudio, our youth outreach program, we bring our films, teachers, and filmmakers to local schools and community centers. Through screenings, discussions, and hands-on filmmaking courses, our students Go Beyond the Screen. They discover other cultures, learn to read the language of film, and master the scripting, camera, and editing skills that enable them to tell their own stories on screen. Click here to learn more.

The spring and fall galas events are your opportunity to join us for an elegant dinner and a unique film experience. Check out all our Special Events here.

Boston Jewish Film was proud to host ReelAbilities Boston from 2012 through 2021. In those 10 years, the groundbreaking film festival helped promote awareness and appreciation of the lives, stories, and artistic expressions of people with different abilities. ReelAbilities Boston was for us an act of Tikkun Olam—the Jewish spiritual commitment to heal the world. We will continue to honor that spirit and advocacy in our festival programming and in special events throughout the year.

Boston Jewish Film is proud to work with other film festivals throughout the year to bring quality films to the Boston area. Some of our recent and ongoing partners include the Boston French Film Festival, the Wicked Queer, the Independent Film Festival of Boston, the National Center for Jewish Film, the Jewish Arts Collaborative, the Roxbury International Film Festival, and many more.